The city in new dimensions

The growth of megacities

What makes a city worth living in? How do people want to live in metropolises that are getting increasingly larger and more complex? Already more than half the world's population lives in cities. By 2050 it is expected to be seven out of ten billion people. But space is limited – making it worth living in nevertheless is our greatest task in the 21st century. And so plans for this are being drawn up around the world. They make it clear that a hitherto neglected dimension is increasingly coming to the fore: the underground.

The underground is the solution

As early as the 19th century, the metropolises of Europe and North America reached a critical size. Thanks to construction measures – sewers, water supply lines, street lighting, later the first subways – they were able to continue to grow. But their infrastructures are no longer efficient enough. Cities are again seeking and finding the solution underground: London has paved the way with its new Crossrail line (twin tunnels, 21 kilometers long each). The Paris metro network is being extended by around 200 kilometers. New York recently inaugurated another metro line and by 2048 St. Petersburg will also expand its subway network by around 135 new kilometers of metro and 49 new stations.

While in the EU and the U.S. about 2.6 percent of national income has been spent on infrastructure since 1992, in China the average is 8.5 percent a year – and this can be seen in many places. The Chinese megacities are connected by modern, efficient high-speed rail systems. Shanghai and Beijing have the world's largest subway networks (total length of around 650 and 600 kilometers, respectively ). The southern Chinese metropolis of Shenzhen plans to expand its metro network from around 300 to more than 1000 kilometers by 2030. Even medium-sized cities rely on metros and trams because the existing road network can no longer cope with the increasing traffic.

Singapore as a shining example

Since its founding in 1965 as a city-state, Singapore has built a model infrastructure. Green skyscrapers and futuristic parks already make the city look like something from the future. Equally forward-looking: the public transport system. The dense and high frequency metro system, the Mass Rapid Transit (MRT), is regarded as one of the most inexpensive in the world. To remain optimally prepared for the chronic lack of space, Singapore has developed an “Underground Master Plan”: in the quest for usable space, the city is growing upward, into the sea and also into the depths. There are already 100 kilometers of subway lines and 17 kilometers of roads running underground. Pedestrians are protected from the weather on underground walkways and in shopping malls. The city has even relocated an ammunition depot and a petrochemical store underground.

The Finnish capital Helsinki has also created a far-reaching plan for the development of its underworld. In 2011, the first underground construction plan was published for the city and its catchment area. It included underground facilities such as parking and shopping malls, an IT data center, a swimming pool and a wastewater treatment plant. More than 100 new underground construction measures were envisaged – and carried out. “As a general rule, anything can be built underground”, says Mikael Rinne, Program Director for Geoengineering at the Aalto University of Helsinki and Espoo. “Urbanization will invariably lead to building more underground.” That is often more efficient and environmentally friendly, he says, since no walls and ceilings need to be built. And the excavated rock can be used elsewhere.

‘’We must take the concept of the 'city' a step further and rigorously implement 'green urbanism'.‘’

Prof. Dr.-Ing. Steffen Lehmann, Professor of Sustainable Architecture at the University of Portsmouth

Taking the city a step further

A panoply of visionary ideas for versatile use of the underground:

Not "skyscraper", but "earthscraper": In 2009 the Bunker Arquitectura firm in Mexico City developed the vision of a 65-story “earthscraper” which, as an inverted pyramid, descends 300 meters down into the earth instead of projecting up out of it. The earthscraper’s unique characteristic is its downward tapering atrium supplying all floors with daylight and fresh air. Although the building designed for a vibrant square in the historic center of Mexico City has not yet been realized, the “Deep Pit Hotel” in Shanghai is due to open in late 2018: a five-star establishment built in an abandoned quarry almost 90 meters deep. “The first underground luxury hotel in the world” offers views of a staggered subterranean terraced landscape – while water runs down its glass facade from the surface. 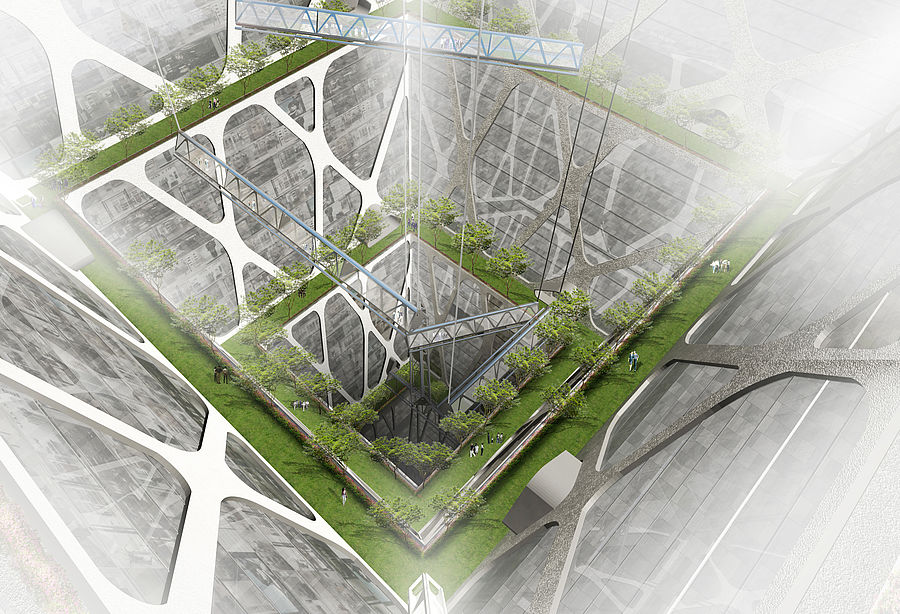 With the new French National Library in Paris, in 1996 Dominique Perrault rose to become a star architect – by venturing a descent. Perrault relocated reading rooms and even an entire wood up to 14 meters below the level of the neighboring Seine with the result that a free space remained between the projecting towers of the library. As at the Piazza Garibaldi, the square at Naples railway station which the architect extended across several levels at a depth of up to 40 meters. Thanks to atriums and reflecting screens, it is often not that obvious that the space is underground. In Seoul, Perrault designed a campus complex that is a green landscaped park above ground. Only a pathway leads below the surface. Numerous daylight shafts and windows provide plenty of natural light. 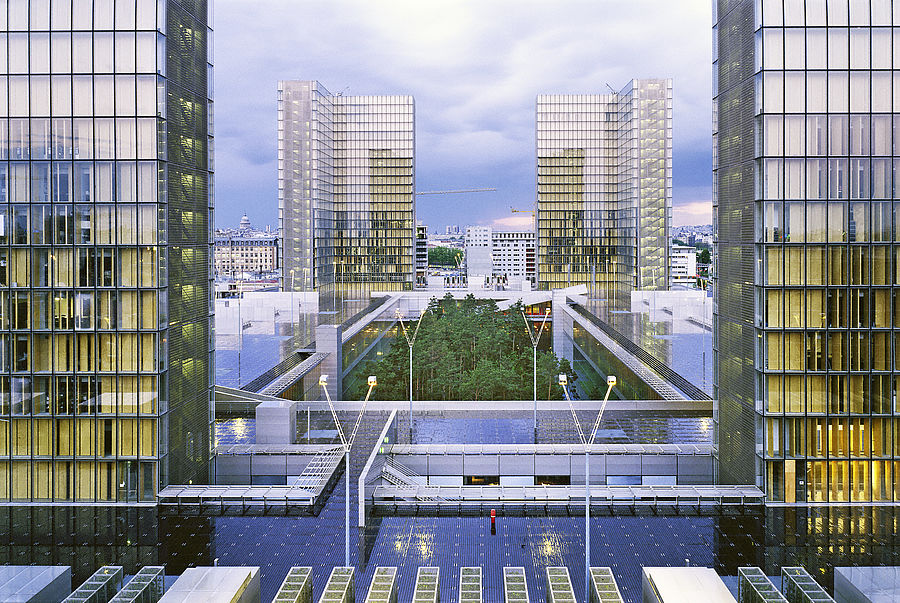 Public architecture: in the depths

In times when there is talk of bans on diesel vehicles and city tolls are threatening to become modern-day city walls, new types of transport systems are required. Underground transport capsules offer an alternative. Examples are CargoCaps and the Swiss project "Cargo Sous Terrain". The vision is for electrically self-propelled freight capsules transporting goods through a tunnel system. Logistic hubs on the outskirts serve as goods transfer points from road or rail to the underground system with standardized pallets reappearing at urban “City Hubs” and being distributed on “environmentally-friendly e-carts or delivery bicycles”, for example, for the last leg of the journey to the customer. The technology for this “zero-emission solution” is already available today. 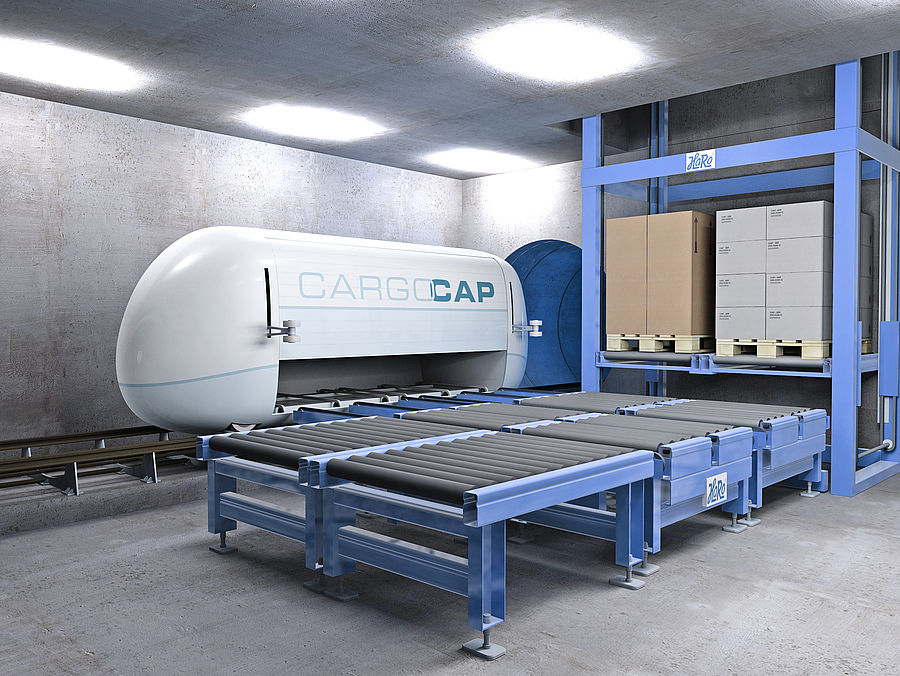 According to the latest findings in agricultural science, the underworlds of many large cities have the potential to make a major contribution to supplying their populations with freshly harvested grain and vegetables. The London initiative "Growing Underground" is currently showing how this works: in the heart of London’s Clapham district there is an extensive vegetable and herb garden hidden 33 meters below ground in a former air raid shelter in an old subway tunnel. According to the promotional brochure, the hydroponics producing celery, broccoli or basil require “70 percent less water than traditional agricultural methods”. 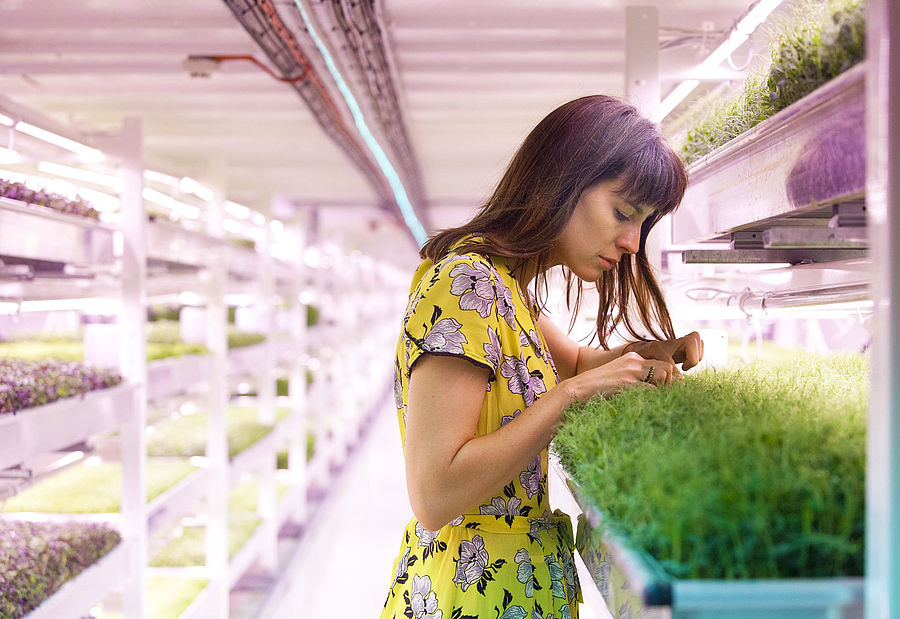 Nutrition and sustainability: greenhouse in the depths

Here you can read how the French capital is modernizing the public transport system in an epoch-making construction project: