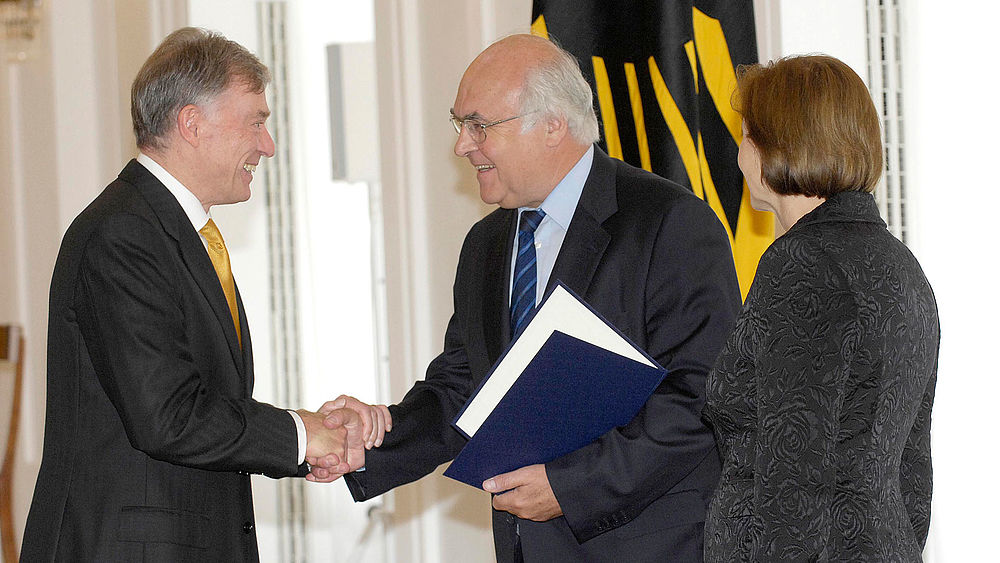 Federal President Köhler awards Dr.-Ing. E.h. Herrenknecht with the Officer's Cross of the Order of Merit

Martin Herrenknecht’s Cross of Merit award statement includes: “With entrepreneurial courage, technical expertise and his innate vitality, he has understood to turn a one-man business into a worldwide operating company specialized in tunnel boring machines and to become one of the largest employers in the region of Central Baden. With more than 100 trainees and the awarding of career grants, he and his company go far beyond standard engagement levels.” Moreover, the Office of the Federal President praised Martin Herrenknecht’s various volunteer activities and ideational and financial support of numerous social, sports or school projects. As an example, they quoted the continuous support of pastoral care in his home village Allmannsweier, in particular for the young, by financing half of the priests’s salary for a period of ten years.