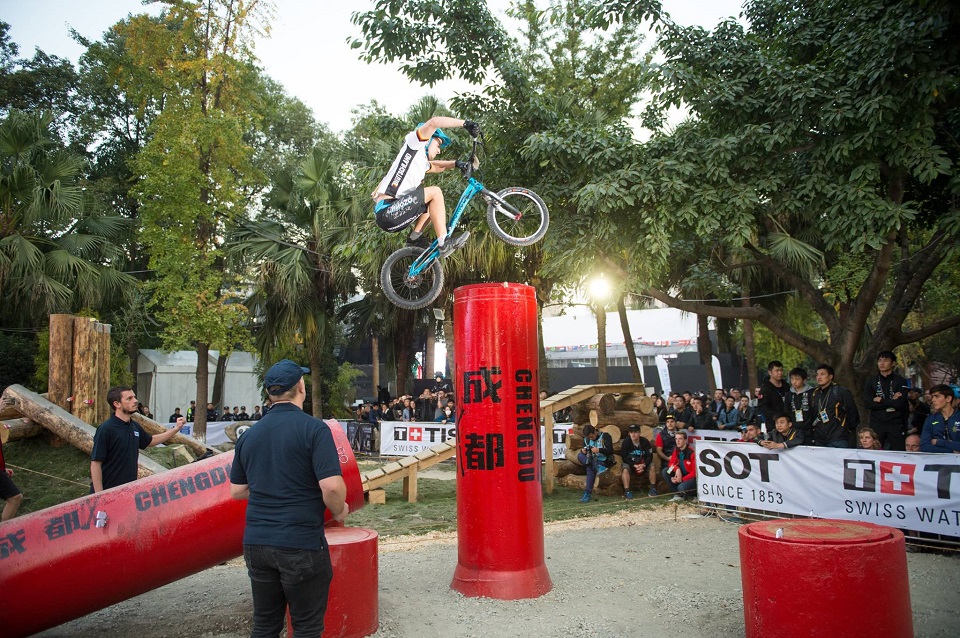 PDF Download
Share on
November 20, 2017 Chengdu, China / Schwanau, Germany.
With Dominik Oswald another Herrenknecht-sponsored athlete has returned successful from a world championship. At this year's Bike Trial World Championships in Chengdu, China, from November 8 to 11, the 20-year-old Ettenheimer won the silver medal twice – in the team ranking with the German team and in the individual category. "I was overjoyed that after qualifying for the individual final I even won the silver medal. The World Championships were very impressive for me," says the trialer.

With Dominik Oswald, Herrenknecht supports an employee who, after completing his 3-year-apprenticeship, has worked half-days at the Schwanau plant since 2016 as an industrial mechanic. Bike Trial, a kind of skill test in difficult terrain using a bike without suspension and without a saddle, has been his great passion for 14 years now. With success: at German Championships, Junior World Championships and European Championship competitions, Dominik Oswald has been up with the leaders for years. At his home club MSC Münstertal he also trains a group of juniors aged between nine and thirteen and is already passing on his knowledge to the next generation.

The promotion of sports, especially of demanding disciplines that get little attention by the public, has a long tradition at Herrenknecht. In addition to Dominik Oswald, the German tunnelling specialist supports javelin, shotput and heptathlon athletes. The company also actively supports initiatives in the areas of education and science.
PDF Download
Share on