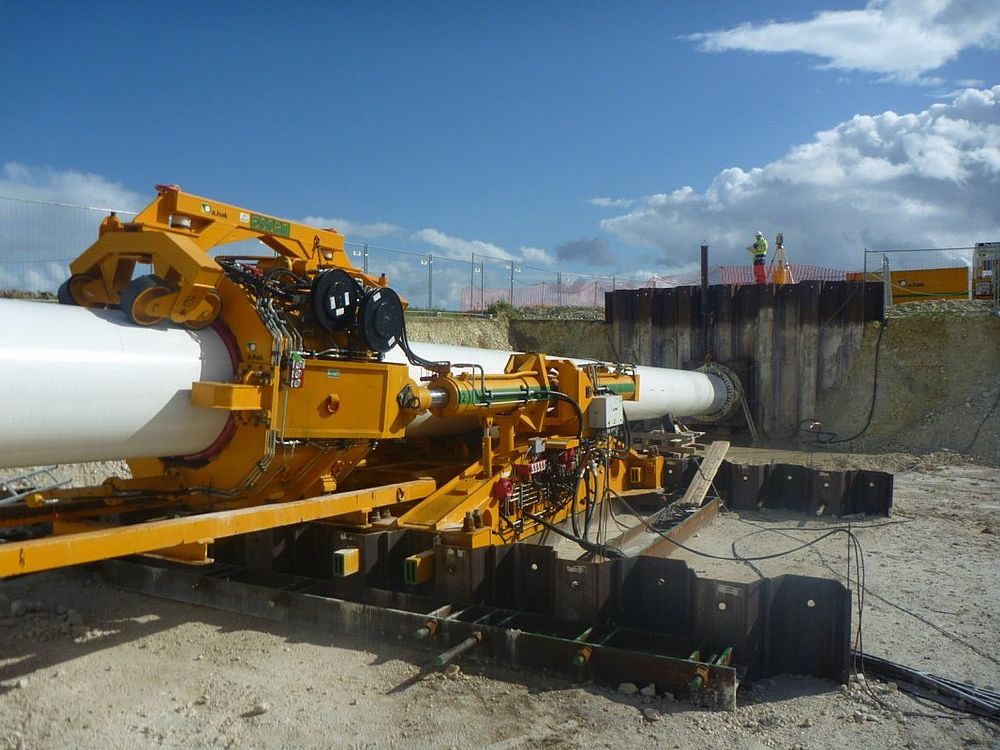 Corbie, France / Schwanau, Germany, October 24, 2013. In September and October 2013, the Direct Pipe® technology developed by Herrenknecht was successfully applied in France for the first time. The executing construction company, A.Hak Drillcon, mastered the more than one kilometer long crossing beneath the Somme River in the French municipality of Corbie, around 120 kilometers north of Paris. The client, the French transmission network operator GRTgaz, is expanding its supra-regional pipeline network for the transport of natural gas there. The conventional HDD method was not the optimum solution for the mainly limestone construction ground which was unstable in parts and contained a high portion of flint stones. Instead the client opted for the innovative, single-stage Direct Pipe® method from Herrenknecht which can safely be used in practically all types of geology.

Beforehand, the construction company, A.Hak Drillcon, had already successfully carried out several crossings in the Netherlands using this special equipment. And it paid off in Corbie: The 48" pipeline with a length of 1,071 meters was safely installed in a natural reserve beneath the Somme, using a maximum of only 240 tonnes of thrust force. With tunnelling performances of up to 69 meters in a single 10-hour shift, the job site crew achieved top results. This means that the pioneering Direct Pipe® technology from Herrenknecht - already established on the market in the meantime - could prove its efficiency again. Since the market launch in 2006, more than 17 kilometers of pipeline could be installed underground in over 30 projects, safely and reliably in the most diverse construction grounds.