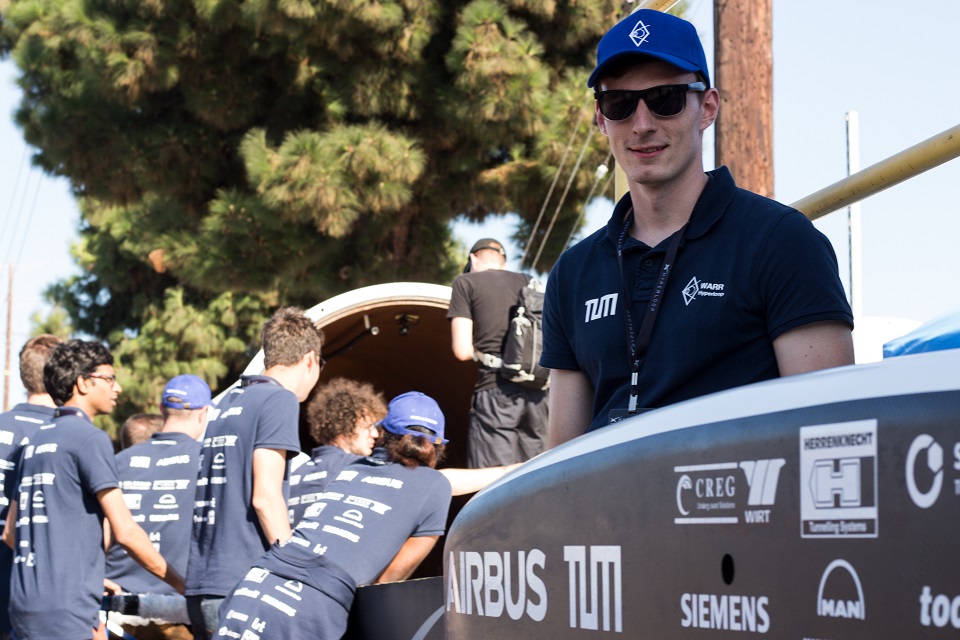 PDF Download
Share on
September 7, 2017 Schwanau, Germany / Hawthorne, United States.
In 2013, US entrepreneur and visionary Elon Musk gave the impetus for the new underground high-speed transport system »Hyperloop«. A lot has happened since then. The Tesla founder internationally announced Hyperloop competitions on the purpose-built SpaceX test track in Los Angeles. He thus challenged students worldwide to develop particularly powerful concepts and to design and build vehicle prototypes for initial test drives. The bold goal of the Hyperloop: underground travel at full speed in a low-pressure tube. By means of magnetic levitation technology, transport pods would carry people to their destination at the speed of sound.
At the beginning of the year already, the WARR Hyperloop team from Munich was successful in the first SpaceX Hyperloop Competition. At the end of August 2017, the second competition in Hawthorne, Los Angeles, was all about maximum speed. 24 international teams went to the start, the best three reached the final. Here the 30-strong Munich team WARR Hyperloop impressed the tech giant Elon Musk, because their pod concept reached a top speed of 324 km/h in the tube and left everyone else in the dust. After a development period of five months and various optimizations of the capsule, the students of the Technical University of Munich were able to celebrate another great success with Elon Musk and his engineers after their first success in January.
"We are particularly happy that the WARR Hyperloop student team from Munich was able to take the groundbreaking Hyperloop transport technology a good way forward. We at Herrenknecht AG congratulate them on this fantastic success," said Martin-Devid Herrenknecht, who himself studied mechanical engineering at the TU in Munich. The demand for future mobility and increasing urbanization call for revolutionary concepts. Hyperloop can be a new solution. As the world market leader in mechanized tunnelling technology, Herrenknecht supports the WARR Hyperloop project as a Gold sponsor.
PDF Download
Share on