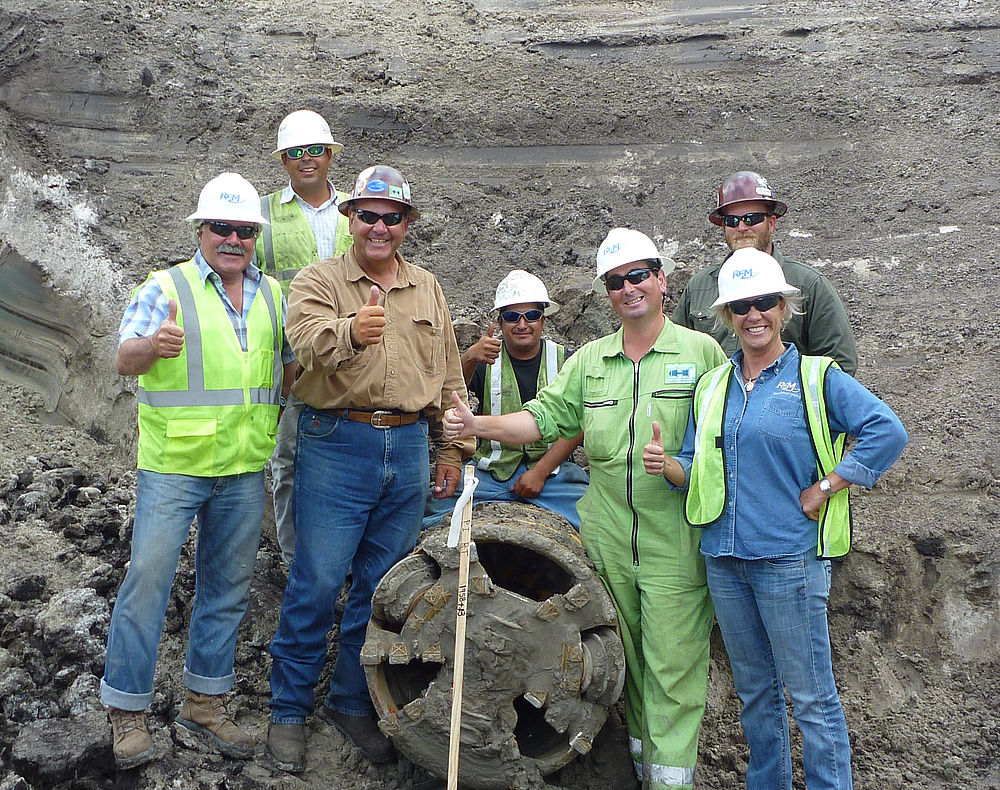 Successful premiere for Direct Pipe® in the U.S.

The innovative one-pass "Direct Pipe®" pipeline installation method from Herrenknecht celebrated its successful debut in the US on August 29, 2010. After only 3 days of drilling, the "REM Directional Inc." jobsite team had successfully installed a 215-meter (705 ft) pipeline under Highway 70 in Arcadia (Florida). The 30" pipeline (76.2 cm) was laid in a single step using the Direct Pipe® method.

Arcadia, Florida, USA / Schwanau, Germany, October 18, 2010. In order to comply with Florida’s increasing demands for energy while ensuring reliable supplies of natural gas, the “Florida Gas Transmission Company” is currently expanding its pipeline network. The "Phase VIII Expansion" project adds 772 km (480 miles) of pipeline to the network, allowing to convey more gas from Houston (Texas) on the Gulf of Mexico to Florida. This additional natural gas is primarily used for electricity generation in local power plants thereby covering the daily power requirements of up to 1 million households.

The main contractor “Sheehan Pipe Line Construction Company” commissioned “REM Directional Inc.” with implementing the requisite crossings for the pipeline installation. So far, HDD (Horizontal Directional Drilling) or auger drilling technology have been used, based on the respective project requirements. For the crossing under the Highway 70 in Arcadia the new Herrenknecht Direct Pipe® method was used for the first time in the U.S.. The construction company preferred this solution as the geological layers containing ground water, shells, sand and clay can be safely crossed – in some cases at a depth of only 2.1 meters (7 ft) – allowing for an accurate alignment with a horizontal and vertical curve.

During the installation process, slurry tunnelling with the Herrenknecht Direct Pipe® machine, guaranteed the requisite precise pressure control of the tunnel face, preventing settlements or heave on the site surface. The Herrenknecht navigation system U.N.S. with gyro-compass and electronic hydro level keeps the machine on the specified three-dimensional curve with vertical and horizontal curve radii of 914 (3,000 ft) and 1,828 meters (6,000 ft), respectively, for a safe and exact course. The Herrenknecht Pipe Thruster is anchored in the launch pit and thrusts the prefabricated pipe string that has been laid in advance. The average thrust force of 15 tonnes (max. 28 t) is transferred to the Direct Pipe® machine ahead. Highway 70 was swiftly and safely underpassed using this award-winning (Iploca Award in 2009) method. Despite the three-dimensional curve, only 3 drilling days (single shift operation with 12 hours) were required for exact and safe installation of the 215-meter (705 ft) pipe string. The Herrenknecht machine reached the target pit as early as August 29, 2010.

After a total of five successful Direct Pipe® projects in Germany (Rheindüker Worms, Sea-Outfall Emden) and the Netherlands (2x Crossing Elst, Crossing Rotterdam), this Herrenknecht innovation has proved itself for the first time in North America where it demonstrated its advantages in full. REM Directional Inc. already has plans to use the Herrenknecht Direct Pipe® method again for another 36" crossing.