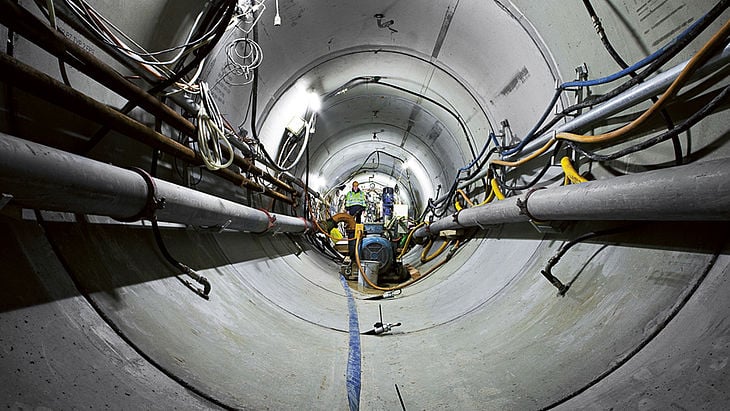 The Swiss capital Bern has set itself the goal of providing the population and the economy with electricity generated entirely from renewable energy sources by 2039. The 2010 referendum has made Bern a role model for other Swiss municipalities. On its way there, the Wasser Bern (ewb) energy provider reached a milestone in June 2012 when the newly built Forsthaus energy plant was put into operation. From 2013 onwards, the energy plant will replace an over 60-years-old refuse incineration plant, and generate around 290,000 megawatt hours (MWh) for district heating, 40,000MWh of steam and 360,000MWh of electricity every year. This will cover, among other things, around one third of Bern's electricity demand.

The combination of a refuse incineration plant with a wood heating plant and a combined gas-steam power plant is a premiere in Switzerland. In addition, a PV system will be installed on the energy plant's roof. The fresh, old and waste wood is to come exclusively from nearby sources to keep transport ways short. With the Forsthaus energy plant, the ewb is campaigning for efficiency as well as regenerative and independent energy generation. According to the ewb, total CO2 emissions for the Bernese electricity supply will be reduced by 57,000 tonnes per year with the new plant.

The construction company used a Herrenknecht TBM weighing 130 tonnes for tunnelling the two utility line tunnels. They run at depths of between seven and 18 meters though gravel and clay and connect the Forsthaus energy plant with the district heating network. The AVND2500AH Microtunnelling Machine (diameter 3,600mm) must cross beneath the SBB railway tracks at the nearby freight railway station on the first 485-meter-long section without causing settlement. The underground team succeeded in maneuvering the Herrenknecht AVND Machine precisely without interfering with running trains.

After only nine weeks of tunnelling and the first successful breakthrough on the Bern jobsite, the tunnelling team turned the Herrenknecht machine in the intermediate shaft by 90 degrees towards the next section. For the second tunnelling section, the supply logistics of the machine (e.g. the circuit for the intake and discharge of the slurry) had to be adapted in such a way that the above-ground equipment (e.g. the separation plant) could remain in the original launch shaft. On the 80-meter-long way to the final destination, a 300-year-old oak tree had to be crossed beneath without damaging its roots. After successful completion of the tunnelling work in the year 2011, the pipelines for district heating, steam and electricity could be installed.

At the beginning of 2013, the new Forsthaus energy plant was connected to the district heating network and normal operations started. The demolishing work on the old refuse incineration plant started parallel to this. As a result, noise and odor pollution will reduce considerably for the residents, and space for new residential development in the Swiss capital Bern will be created.