In hardly any other metropolis in the world do experienced tunnelling crews create as many underground infrastructures with large and largest diameters as in Shanghai. They rely on mechanized tunnelling technology from the world market leader Herrenknecht, with which, for example, they create efficient road tunnels quickly and safely. Mixshields and EPB machines from Herrenknecht are ideally suited for large-scale urban tunnelling in difficult geologies, and in particular for crossing under rivers at high groundwater pressures.

Residents of the river island of Changxing used to be dependent on ferry services to the district of Pudong. To create a road connection to the mainland, from 2006 to 2008 two Herrenknecht Mixshields with a gigantic diameter of 15.43 meters crossed under the Yangtze River. With 23 meters between the axes, at pressures of up to 6.5 bar the two TBMs excavated 7.5 kilometers of tunnel for the Changjiang Under River Tunnel Project. The Mixshields achieved top performances of up to 26 meters per day with downtimes of 6 hours at the most. After a total construction time of 24 months, the machines reached their destination shaft 10 and 12 months respectively ahead of schedule – in time for the 2010 World Expo in Shanghai.

From 2011 to 2013, Herrenknecht Mixshield technology was used again for another two river crossings in Shanghai. A Mixshield (15.43 meters in diameter) linked the Pudong Free Trade Zone with the Puxi-Baoshan urban area, boring just one meter from the foundations of the city highway and railway line before diving under the Huangpu River. To manage the 40 meter long passage the tunnelling specialists from STEC used a system to precisely monitor the position of the shield in real time. With equal precision and safety they passed under 30 buildings as well as tunnelling in the immediate vicinity of 20 underground supply lines.

A few kilometers upriver from the "West Changjiang Road River Tunnel", from 2012 to 2015 a Herrenknecht Mixshield excavated a twin-tube large diameter tunnel for a new road link. With a diameter of 14.9 meters, it created the longest and deepest road tunnel under the Huangpu River. The TBM achieved almost 3.4 kilometers of tunnelling per tube with up to 132 meters per week at depths of up to 59 meters below the water surface.

For the Bei Heng Motorway Tunnel in Shanghai, a Mixshield with a diameter of 15.53 meters was ordered from Herrenknecht because the lanes of the road tunnel under the city center were to run on two levels, one above the other. The east-west structure, which also crosses under the Suzhou River, measures 6.4 kilometers in length. The city government plans to press ahead with the development of the districts along the new infrastructure alignment. The giant borer named "Zong Heng Hao" was launched in December 2016.

The Herrenknecht EPB Shield for the Zhuguang Road Tunnel had already completed its first successful tunnelling mission when it began work in Shanghai in 2017. Named "Alice" and with a diameter of 14.41 meters, it had previously bored the Waterview Connection in Auckland, New Zealand. Adapted to the Shanghai ground conditions and after professional remanufacturing, from October 2017 to June 2018 the machine excavated the 1.4 kilometer long Zhuguang Road Tunnel, designed to relieve the traffic around the National Exhibition and Convention Center.

For more information or project inquiries, our expert Werner Glatz, Mitglied der Geschäftsleitung | Traffic Tunnelling, is happy to help you. 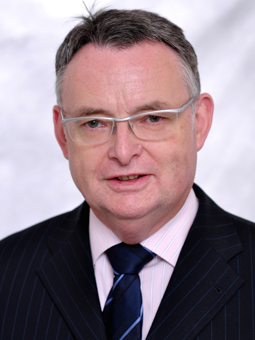