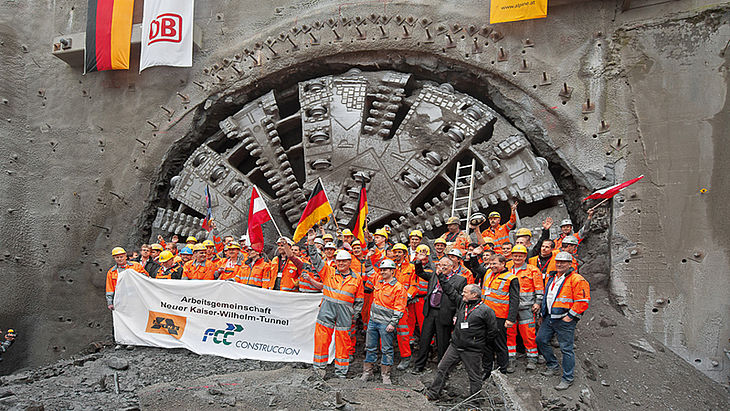 In June 2010, the EPB Shield "Roswitha" (S-547) started its advance. The mechanized tunnelling started from the southern portal at Ediger-Eller in the direction of Cochem. The tunnel was bored around 15 meters away from and in parallel with the existing tunnel over a distance of 4,200 meters.

Herrenknecht subsidiary H+E Logistik transported a total of 900,000 tonnes of rock that was used to reclaim a clay pit in the Westerwald. Also supplied by the Herrenknecht Group was the TUnIS system from VMT for precision navigation of the machine, weighing 1,700 tonnes as well as segment handling equipment from MSD and machine personnel from GTE.

On November 7, 2011, Roswitha broke through into the target shaft after just 17 months. Single-track railroad running is scheduled to commence through both tunnel in 2015, following modernization of the existing Kaiser-Wilhelm Tunnel – an investment in the future of an efficient rail infrastructure.