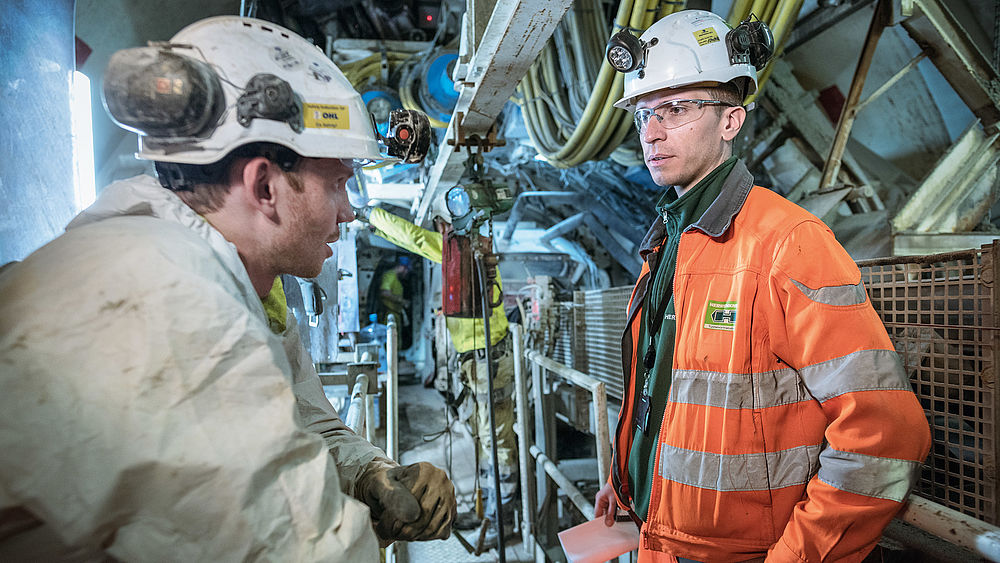 The Follo Line is one of Norway’s largest infrastructure projects. The core element of the new railway link from Oslo to Ski in the south is formed by a 20-kilometer, twin-tube tunnel. The routes are to be excavated as swiftly as possible through the hardest rock using four Herrenknecht Double Shield TBMs. High-speed factory assembly in Germany, transport to Norway and site assembly in two underground caverns is necessary to enable each of the 4 machines to start as early as possible.

Each of the four double shield TBMs for the Follo Line project is manufactured by Herrenknecht at its headquarters in Schwanau and commissioned in cooperation with the customer. Factory acceptance for the first TBM in March 2016 was provided a mere eleven months after order receipt.

In close collaboration with the AGJV, Herrenknecht plans transport and timely delivery to the central site in Norway to enable all components to be assembled exactly on site and within the requisite timeframe. Up to 30 of our service experts are on site at a given time in an effort to actively support assembly of the machines. Apart from service engineers, these also include experienced mechanics, hydraulics engineers, electricians and supervisors. Each of the four Double Shields is ready to bore within a mere six months of delivery to Norway. Only 19 months pass between signing the contract and commencing work on the fourth and last machine in Oslo in November 2016. Accordingly, tunnelling for the pioneer project can be started even sooner than planned.

And over the course of the project, service professionals from Herrenknecht continue to work closely with the joint venture. The tailored service package includes extensive tunnelling support as well as cutter management.

„Thanks to the optimally-coordinated and speedy assembly, we were able to launch the TBM around four months ahead of our official schedule.“

Find out more about the Follo Line project here